We have detected that cookies are not enabled on your browser. Please enable cookies to ensure the proper experience.

Home › The Game › Articles › The Battle of Five Armies and the Dwarves of Erebor : Tremors Under the Mountain

The Battle of Five Armies and the Dwarves of Erebor : Tremors Under the Mountain

The Battle of Five Armies and the Dwarves of Erebor : Tremors Under the Mountain

Part one in a series exploring themes related to the stories told in the Mordor™ Allegiance System.

The history of Middle-earth has shifted in many places, few so important as the Lonely Mountain. Though the Battle of Five Armies happened long before the War of the Ring, its impact on Sauron’s forces was tremendous. Even with Smaug – who surely would have been an ally in the wars to come – slain, the Dark Lord lost a great deal of time and power with the defeat the goblins of Gundabad. Even a partial defeat would have left him with strength in the north of Rhovanion, enough that he might have later overpowered the defenders of Dale and Erebor in the battles there. The utter destruction of his forces, however, spurred by Bolg’s rash hunger to avenge the Great Goblin, meant he had to commit the Orcs of Dol Guldur and a goodly portion of the Easterlings in his service to the northern front. This would have ramifications in his war, for his strength the assaults on Lórien and Gondor was thus reduced. His forces were not spread thin, but those Orcs and Easterlings may well have been able to turn the tide in his favor, and even press on into Rohan and Isengard. 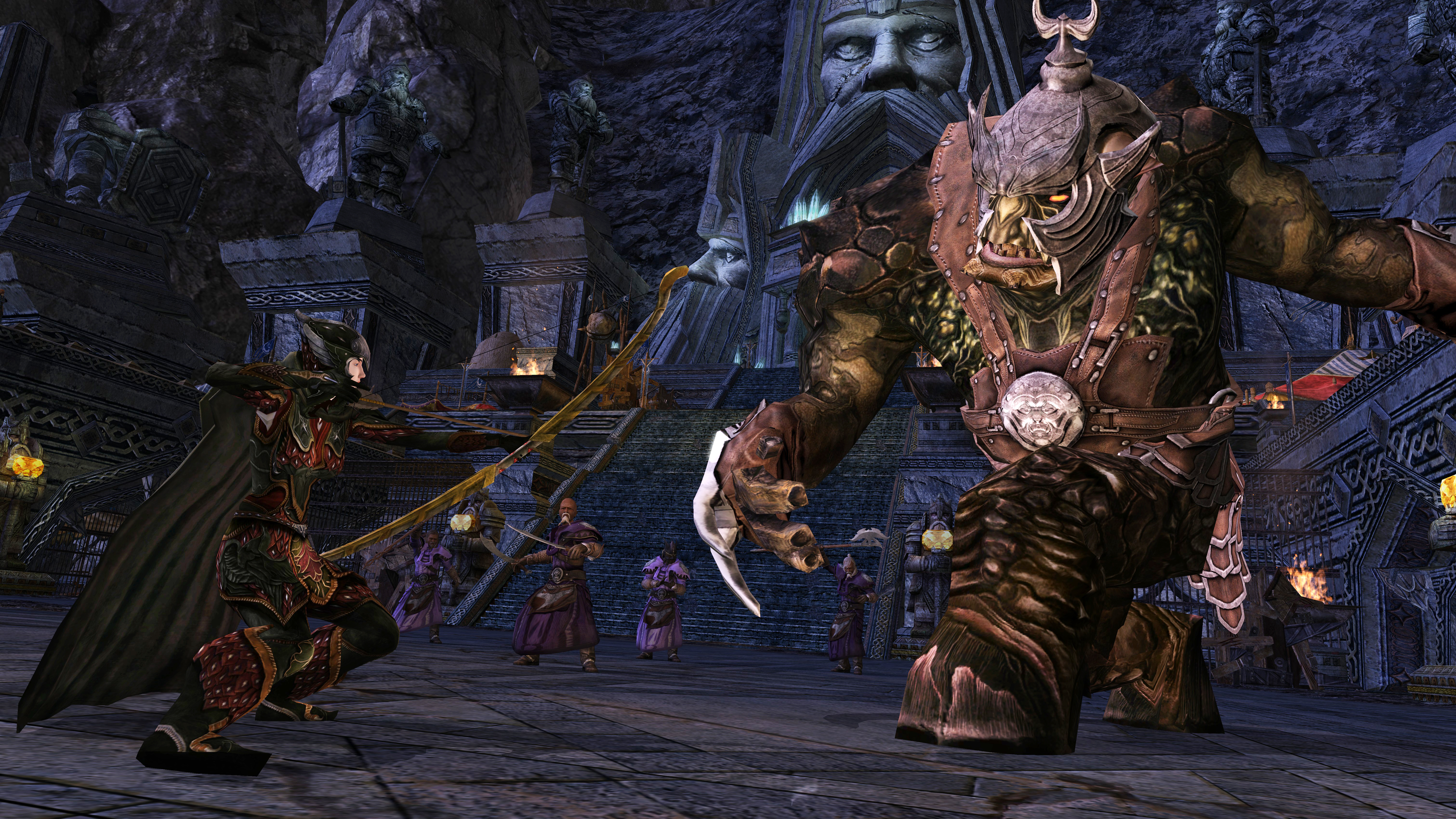 Fight on these famous steps in The Battle for Erebor

A goblin victory, of course, would have been even worse. Had Erebor fallen – a strong possibility if the enmities of Man, Elf, and Dwarf not been set aside that day, or if the Eagles and Beorn had not arrived when they did – there would have been no northern front, and Rhovanion would have become a stronghold from which he could launch assaults on the lands to the south and west. In addition to Lórien, he might have been able to take Rivendell, and with the aid of Angmar, the lands of the Dúnedain and the Shire. The war may well have begun much earlier, and Sauron’s agents may have claimed the Ring from Bilbo Baggins long before Gandalf learned the truth about it. Middle-earth would have been crushed beneath his heel.

Luckily (or by the grace of the Valar) this did not come to pass. This was in no small part because of the valor of the Dwarves, especially Thorin Oakenshield, who fell in the battle, and his cousin Dáin, who survived to be crowned King Under the Mountain. Others, too, became heroes in the course of the battle, and went on to great deeds, for both good and ill. Balin went on to reclaim the halls of Moria, to a disastrous end that helped to stir up Orcs and darker things there (but which led, in the end, to the death of Gandalf the Grey and his rebirth with even greater power as the White, which surely helped turn the tide of the war). Dwalin became lord of Ered Luin, and helped oppose Skorgrím Dourhand in a struggle which ultimately broke the power of Angmar and finished crippling the Enemy in the North. And Glóin became Dáin’s emissary, an Elf-friend whose son Gimli aided the Ringbearer and helped bring about needed victories in Rohan and Gondor. The sons of Bifur and Bofur formed the Iron Garrison, which established a new colony in Khazad-dûm. Even Bombur, though no longer able to walk because of his ever-spreading girth, became an incredibly rich and respected benefactor beneath the Mountain. 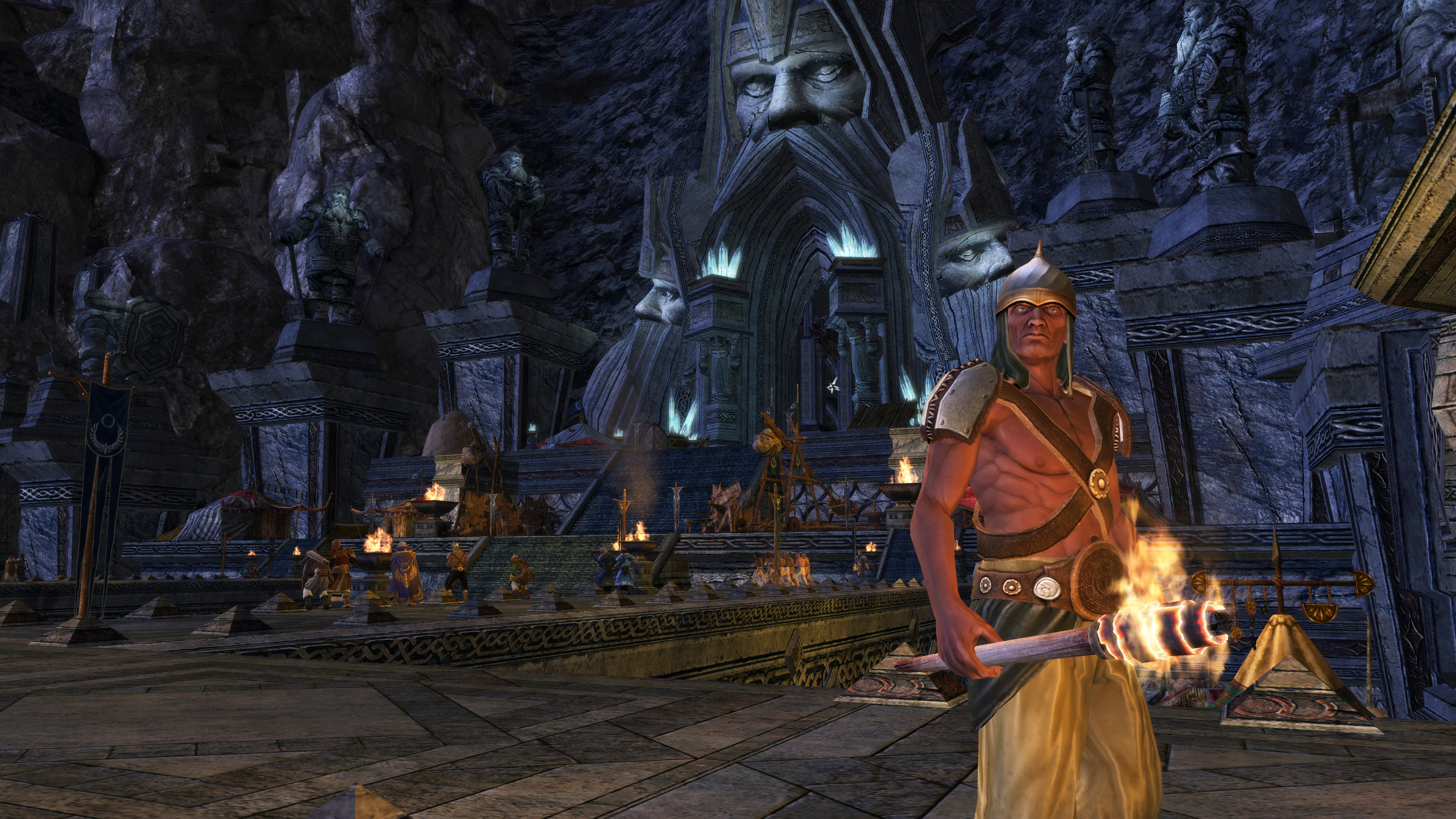 Dáin’s last victory came in the War of the Ring itself, when he fell in battle against the Orcs and Easterlings Sauron sent to destroy Erebor and Dale. His sacrifice helped carry the day, but it also left a void that would prove nigh-impossible to fill. Though his son, Thorin III, was a mighty warrior in his own right, many Dwarves immediately considered him a lesser King than his forebears. His is a hard lot, for how could he hope to aspire to match his own father’s glory, or that of Thorin Oakenshield? Even his epithet, Stonehelm, became a curse because some feel he used the Mountain for protection rather than storming out from its gates as his namesake did in days of old. Thus, while the Battle of Five Armies helped save Middle-earth from Sauron, its legacy has made the crown heavy indeed upon the brow of its current King. Those who remain faithful to him now face a difficult struggle to keep the whispers of the unfaithful from flaring into sedition and revolt, and to securing his repute and his place on the throne.

This form's session has expired. You need to reload the page.